Forty-five years ago this week, Buffalo’s NHL team had just been officially christened “The Sabres,” and Punch Imlach, the team’s head coach and general manager, was getting ready to put the new team through hard workouts to prepare for the season. 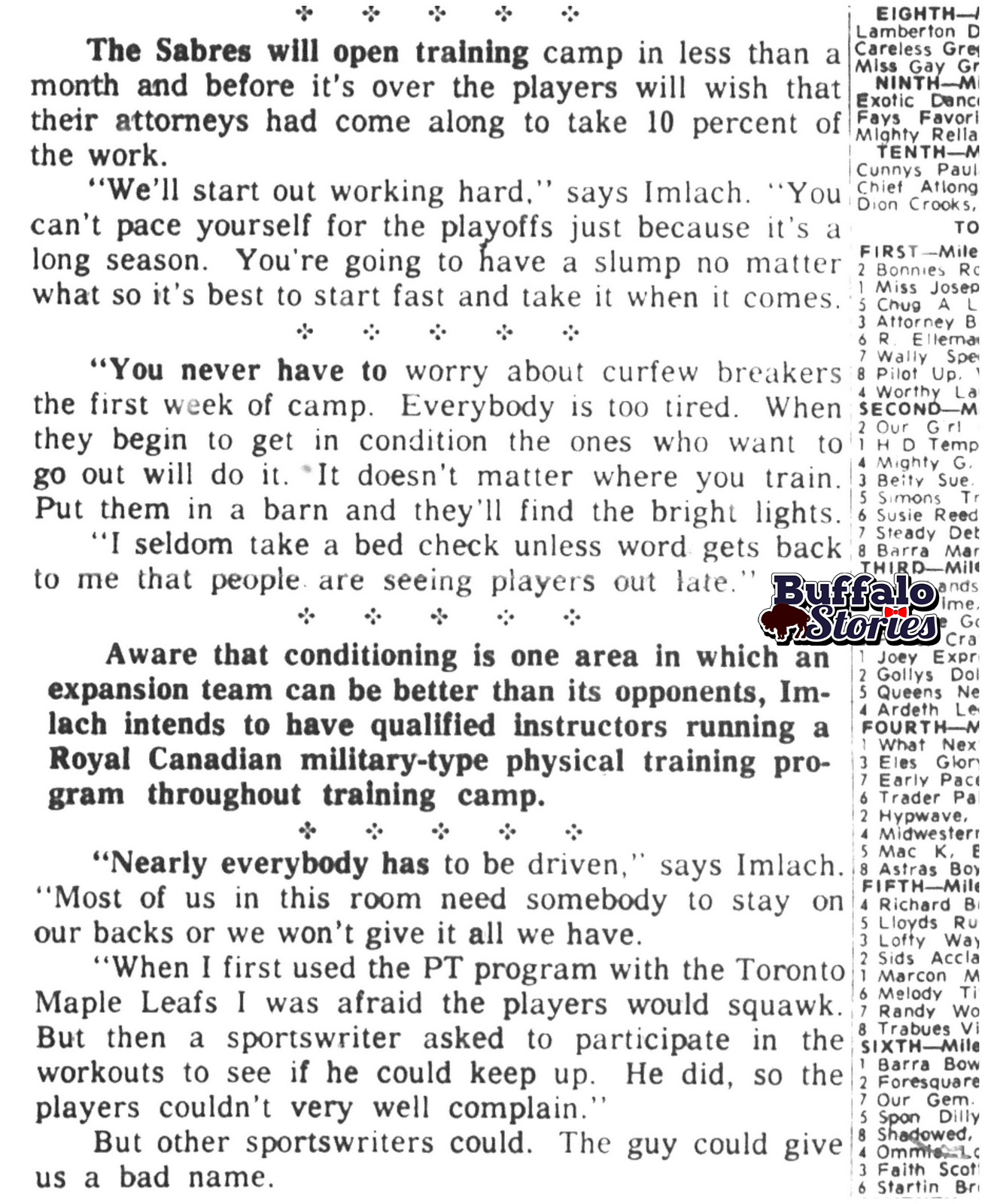 Buffalo’s wealthiest and most philanthropic families through most of the 20th century were in change of Buffalo’s banks. Each was known for its pop-culture contributions to Buffalo as well.

The grandfather of the founder of the Sabres, Seymour Knox Sr., was credited with building Marine (later Marine Midland) Bank into a modern giant. It was Seymour Knox II’s love of art and patronage that saved the Albright Art Gallery in Buffalo, know now, of course, as the Albright-Knox.

The Rand and Diebold families made their wealth in banking — but they were also well known in the broadcasting world.

The Diebolds were influential in early television in Buffalo, helping to bring the financial backing of Western Savings Bank to a handful of stations in the 1950s. 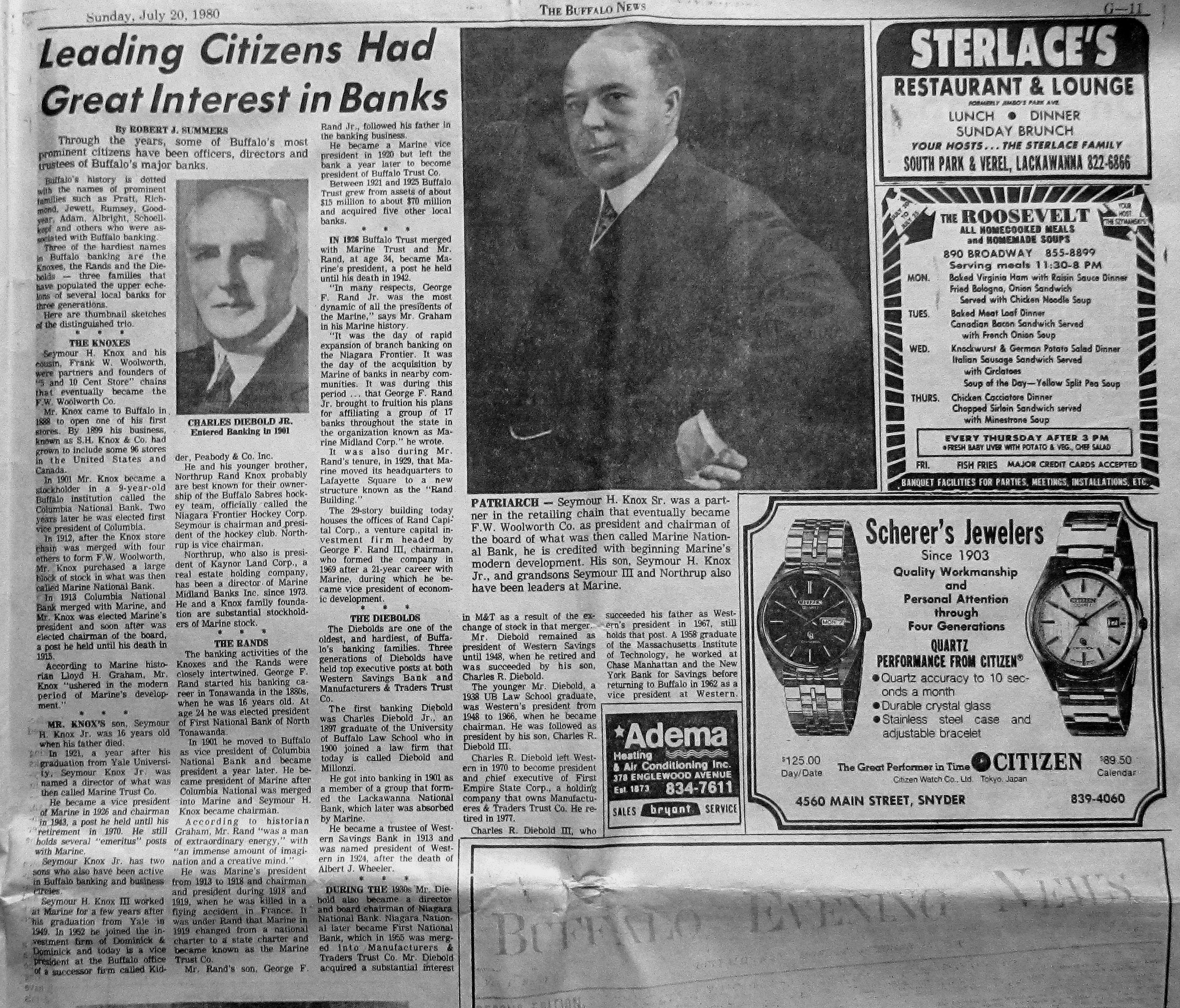