Most Buffalo neighborhoods had one, if not several, stores like Hertel Avenue’s Spohr’s — a relatively small storefront department store, with the local owner as an important part of the fabric of the community and found in the store six days a week. 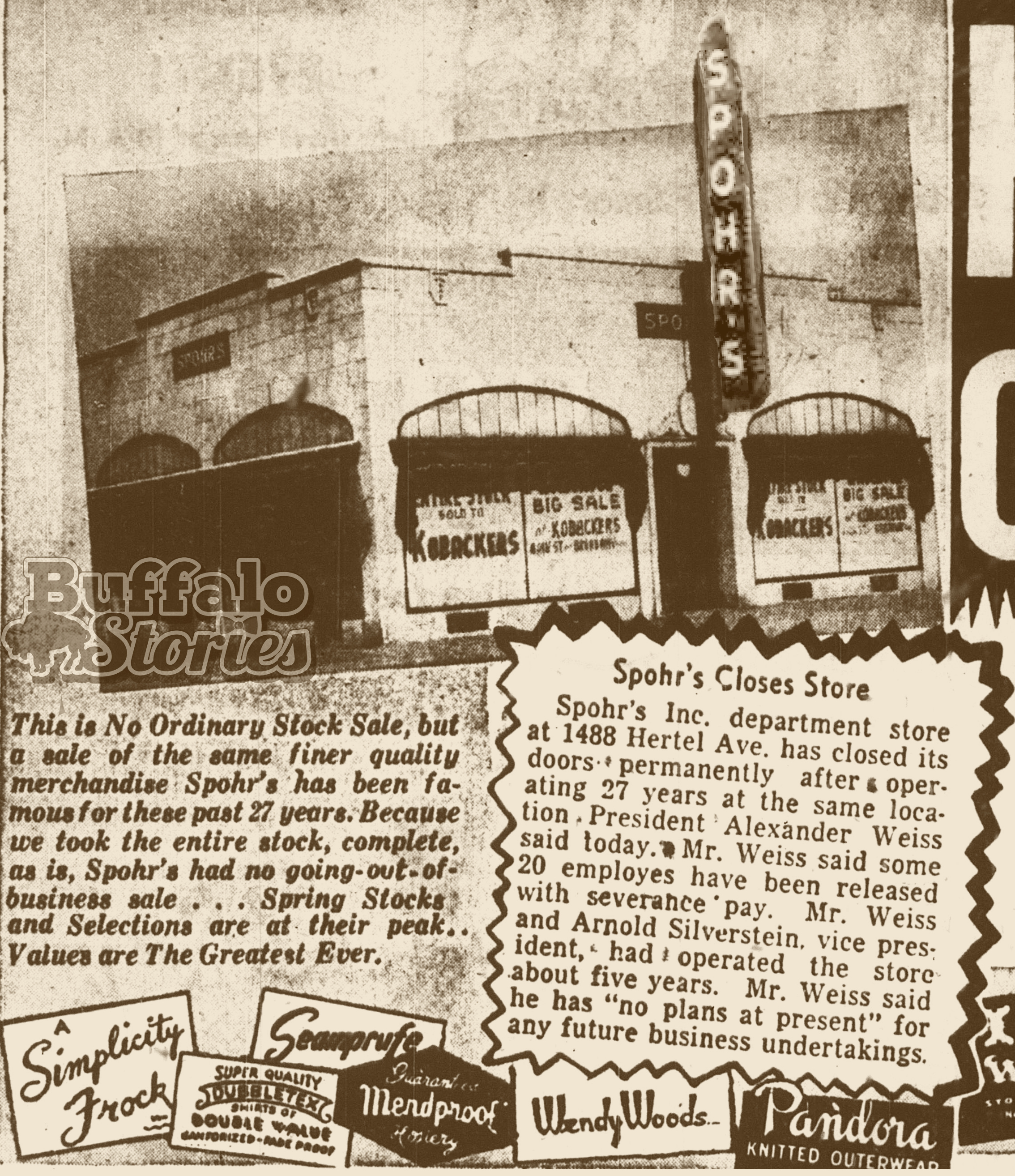 In 1919, George Spohr’s first store was at 2262 Seneca St. at Indian Church Road. The spot was later home to Jahraus-Braun, Hens & Kelly, and PM Berst Furniture. While in South Buffalo, Spohr headed a Seneca Street business group and helped raise money for the building of Mercy Hospital on Abbott Road.

He moved his business to the corner of Hertel and Sterling in 1928, and was president of a Hertel Avenue businessman’s group. He was also the longtime treasurer of Central Presbyterian Church at Main Street and Jewett Parkway.

A new season approaches — a new buying era — really an epoch in which Spohr’s will take a leading part NOW in our new Hertel avenue store — pleasing, airy, comfortable store of convenience we will present, from week to week, many distinctive, merchandise values.

It’s like starting out on some gay adventure to make a tour of our store and there to discover for yourself the unusual thrifty Spohr prices. In a department store of wide selections, featuring tomorrow’s merchandise at today’s prices.

— An ad announcing the opening of the Hertel store

Many North Buffalo children fondly remember Mr. Spohr warmly greeting them at the door and offering children who came through the door a wax paper bag with a coconut cookie inside.

Spohr sold the business in 1951 and died in 1956, but the name lived on and even expanded. 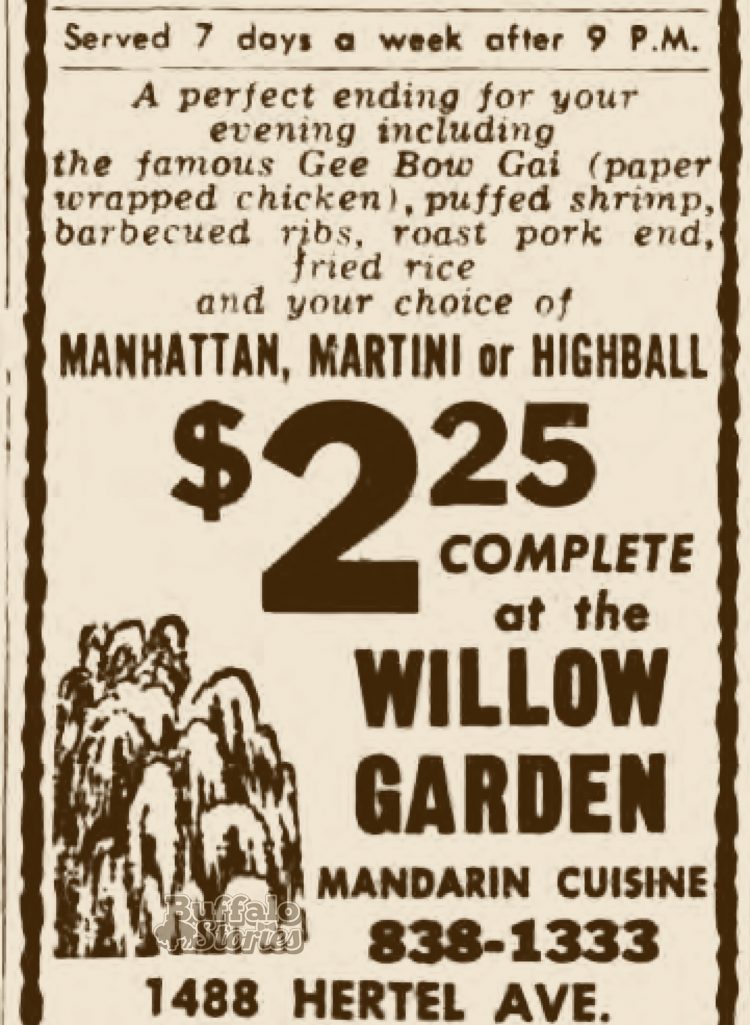 Through the ’60s and ’70s, the building was home to King Chang Koo’s Willow Garden restaurant, one of Buffalo’s most lauded Chinese restaurants of its time.

The storefront was the home of Martino’s TV for decades through the 1990s and 2000s, but it was torn down to make way for a Family Video store, which is now also the home of Hertel Poutine and Cream.