During the 1952 presidential campaign, both the Republican and Democratic candidates visited Buffalo’s Memorial Auditorium for rallies on back-to-back days. 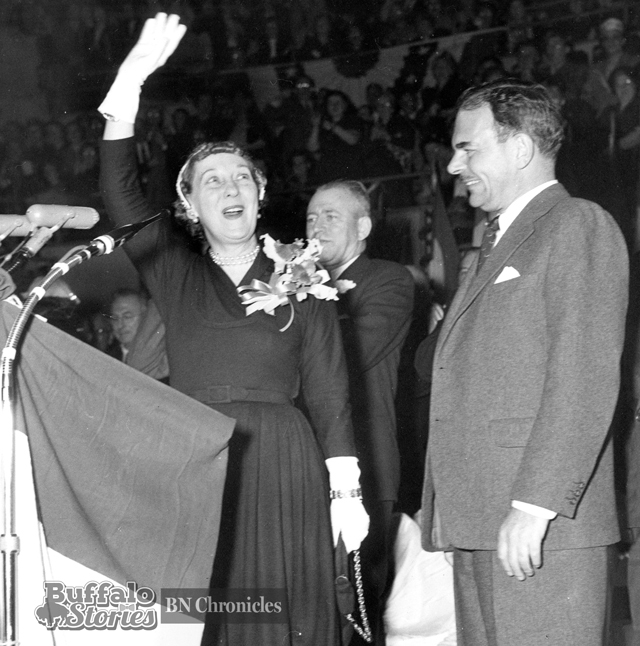 Gen. Dwight Eisenhower, the hero of World War II and Republican candidate, drew a crowd of 20,000 at the Aud. The photo shows the future first lady, Mamie Eisenhower, along with former New York Gov. and 1948 Republican nominee Thomas Dewey, on the Aud stage. At the time, it was the largest-ever crowd in the building.

The day before, Gov. Adlai Stevenson, the Democratic candidate, spoke to about 13,000 at the Aud.

The Courier-Express called the two days of campaigning “Buffalo’s Great Presidential Debate.” Judging by the numbers of supporters who showed up for each event, Eisenhower won the debate — and the White House. He served two terms, with Mamie as first lady, from 1953 to 1960.