It was the moment that ushered in Buffalo’s rock ‘n’ roll era; the craziest radio prank to date in Buffalo and Tom Clay– who was one of many men who used the air name “Guy King” on WWOL Radio– kicked it off in style… and with a visit from the cops.

July 3, 1955 saw a broadcast event that wouldn’t even raise an eyebrow 65 years later, but caused fire trucks to be dispatched and a disc jockey arrested in the heart of Downtown Buffalo.

Leading into the Independence Day holiday, “wearing Bermuda shorts and waving a microphone,” wrote Buffalo News radio critic Anthony Violanti years later, Guy King “climbed out the window of WWOL and sat atop a billboard, 75 feet above Shelton Square in downtown Buffalo,” yelling to the cars below to blow their horns while he played Bill Haley & The Comets’ “Rock Around The Clock” over and over.

Tom Clay was arrested after spending time perched atop the WWOL billboard in Shelton Square. Traffic was snarled for hours in what was then considered “Buffalo’s Times Square” because of the lights and action. Today, the area little more than MetroRail tracks in front of the Main Place Mall.

Buffalo Police and Buffalo Fire didn’t appreciate the prank, and Clay spent part of the night in the clink, but not before Clay turned the mic on and broadcast a scuffle with police—who had earlier promised he wouldn’t be arrested if he climbed down.

Despite having done a similar event a few months earlier to raise money for polio research with the blessing of police, this time Clay was charged with two penal code violations: disorderly conduct and creating a disturbance. He was released into the custody of  WWOL owner Leon Wyszatycki, but when Clay left the station in the days following his arrest, he was re-arrested and couldn’t post the $500 bond. He spent two more nights in jail.

From The Buffalo Evening News

“I didn’t intend to disturb the peace, I sincerely believed I was doing something to entertain my listeners,” Clay told the judge as he pleaded guilty and was fined $25.

“I am not going to punish you very much but this should serve as a warning to others,” said Judge Casimer T. Partyka in handing down the sentence.

It should be noted that 16 years earlier on WGR, an upstart disc jockey named Clinton Buehlman would hang out of the window of the Rand Building, and encourage motorists to drive by and honk.

At the time, the Courier-Express reported lightheartedly on Buehlman’s exploits.

“Clinton Buehlman is not bothered by fear of high places; he recently perched on the ledge of the eighteenth floor parapet of the Rand Building while his picture was being taken.”

Meanwhile, The Buffalo Evening News summed up Clay’s time at WWOL as having “created near riots with car parades, worked his audience into a frenzy by playing the same R & R number for long periods of time and… def(ying) police.”

Tom Clay in 1959, as he was fired from a Detroit radio station after admitting to accepting payola. Trouble followed him, as he was also run out of town after asking listeners to send a dollar to join a Beatles Fan Club. 80,000 kids sent a buck—most got nothing back.

Clay is best remembered, however, for his 1971 song “What the World Needs Now Is Love”/”Abraham, Martin and John,” featuring a blend of the two songs interspersed with audio actualities featuring John Kennedy, Robert Kennedy, and Martin Luther King, Jr.

Once Clay left the station, immediately there was a new “Guy King” on WWOL. The name was the “house name” for the afternoon drive host on the station, and several men used the name on the air.

Guy King #3, Frank Ward, was the man who replaced Clay. He was also known to climb out on billboards— but by the time he was doing it in 1957, law enforcement didn’t seem to mind.

Ward and and his fellow WWOL deejay Fred Klestine would climb on top of the Aero Drive-In movie screen during appearances at the Union Road, Cheektowaga location.

Before he was known as Guy King, Frank Ward was popular on WKBW. 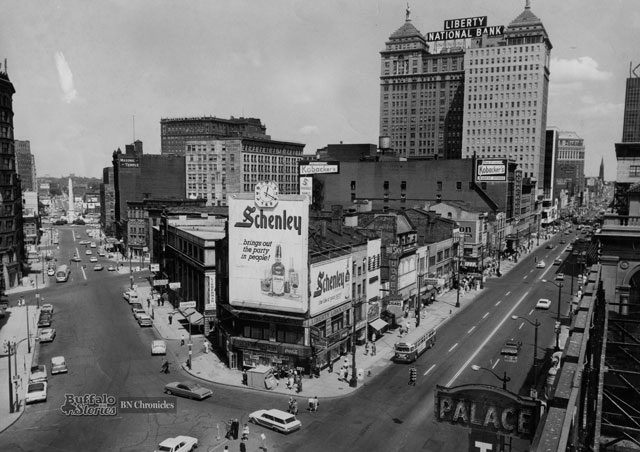 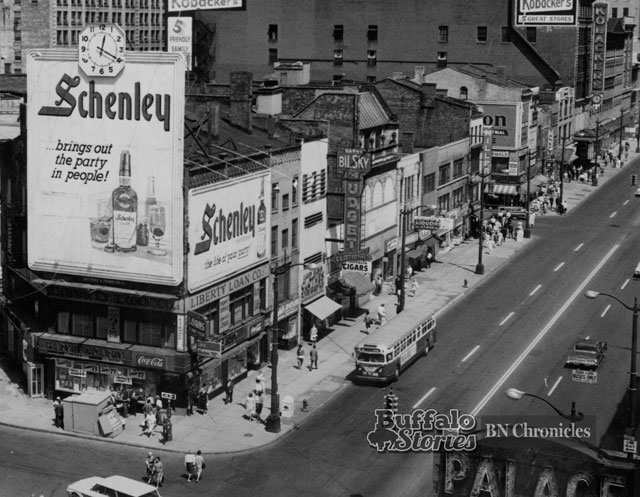 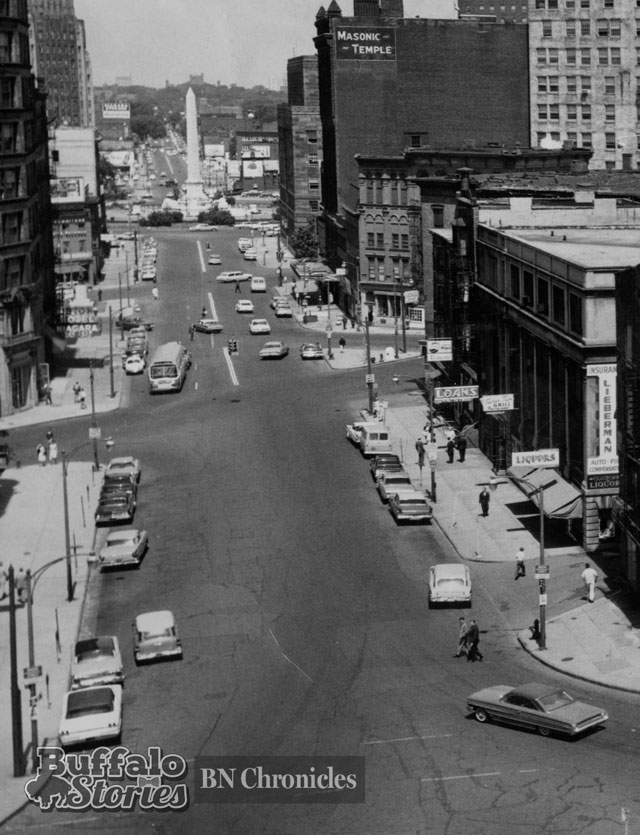 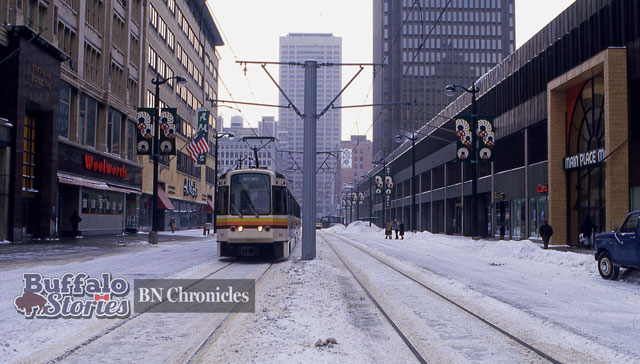 It was the craziest radio prank to date in Buffalo and Tom Clay– who was one of many men who used the air name GUY KING on WWOL Radio– kicked off Buffalo’s Rock’n’roll radio era in style.

Leading into the Independence Day holiday, Clay played Bill Haley & The Comets’ “Rock Around the Clock” over and over again, while hanging outside the studio window out on the WWOL billboard in Shelton Square, urging motorists to get a look at him and beep their horns to say hello.

Buffalo Police and Buffalo Fire didn’t appreciate the prank, and Clay spent part of the night in the clink.