At least two generations of Hoebers served Armor as grocers.

Joseph Hoeber opened a food store next to the Armor Inn in 1944. His son Donald took over the business in 1962, moving Hoeber’s Foodland to a new larger space on Armor Duells Rd. in 1969.

A staff of 35 operated the 7,400 sq. ft. store which was described as “brilliantly lighted with wide aisles and easy to reach grocery and produce shelves” in The Sun when it opened.

Later known as “The Armor Supermarket,” the building was destroyed in an arson blaze in 1987.

BUFFALO, NY – When Irv Weinstein, Rick Azar, and Tom Jolls teamed up in 1965, 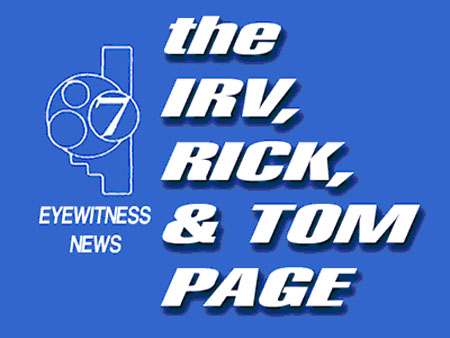 it’s probably fair to say that more people would have been watching Channel 4’s test pattern than the news on Channel 7. But by the time Rick Azar retired in 1989, the three had not only become the longest running anchor team in history, but also gained an iconic status unparalleled for any other triumvirate in television news history.

For me personally, Irv, Rick, and Tom have been a part of my life as long as I can remember. My dad and I watched the news together every day. My mom tells anyone who’ll listen that “IRV TINE-TINE” was among my first words, and I would run around the house singing my own version of the Eyewitness News Theme (ba-ba-BA, BA-BA, Badabadaba, ba-ba-ba-BA-BA, BADABADABA!). 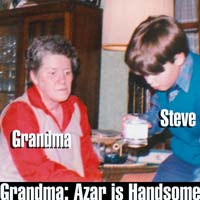 Commander Tom and his pals Davey and Goliath kept me quiet and entertained, and left me having a great desire to have a red jacket with yellow epaulets. And then there was the time my Grandmother nearly passed out when we all met Rick Azar AND Mike Randall at the Broadway Market one Easter… “He’s so handsome, He’s so handsome,” Grandma repeated over and over.


Some of the people, places, and stories of Channel 7 through the years…