Grandma Cichon died twenty years ago today, but she’s still with me every day… She had a very different sensibility. Bullheaded but free-spirited. Artistic and cerebral but very well grounded in the realities of the day-to-day world of having ten kids. 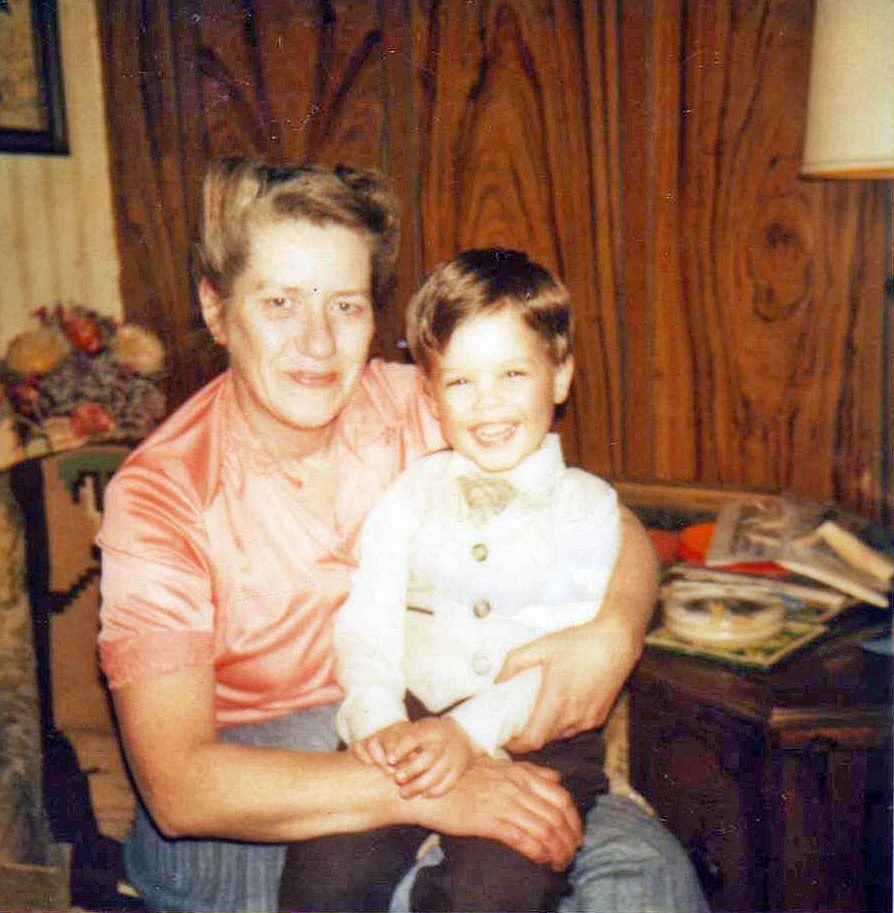 She would have been the eccentric aunt on a 60’s sitcom— certainly not the mother in heels and pearls, although she played that role pretty well from her D&K sandals and housecoats.

She never said goodbye when someone would leave, it was always “Toodaloo,” with a smile and the knowledge we’d be seeing each other again soon.

Lately, I find myself laughing out loud in joy at the sight of animals and small children having fun. One of many mostly… um… flaky behaviors I cherish… and trace back to this lady.

I know I also trace back some of the things I like most about myself to her.

She exuded independence– not in a screaming 1960’s radical way, but just by being herself. Grandma instilled that quiet sense of independence in me.  She encouraged and foster my interest in politics and funny people. It was probably sleeping over at her house that I watched Carson for the first time—and saw the nightly combination of those two worlds. I wasn’t older than 12 when she told me that I would really enjoy David Letterman. Now, she didn’t exactly tell me to watch a TV show at 12:30 in the morning, but she kinda did. And I’m glad I did.

Grandma also treated me as an equal in our discussions about the world. She never discounted my thoughts or opinions. It was sitting at her worn out white formica kitchen table, with the little 13-inch black-and-white TV always running in the corner, drinking Red Rose tea or instant coffee that she showed me that way.

It’s a fantastic vantage point to live from—to try to find the common ground to build a bond, as opposed to finding or reverting back to your self-perceived superiority over someone else. Grandma showed me, by example, that just because I’m older or more experienced or smarter or whatever-er… that my opinion doesn’t count any more than yours.

As this 2016 Presidential campaign plunges on, I can only imagine the political discussions she and my ol’man are having over heaven’s version of that kitchen table set with instant coffee and chain-smoked cigarettes (His Parliament, hers Kool.)

Hahaha, I’m chuckling out loud at the thought. Just like grandma would have.