Probably because it was fun to say, Buffalonians who were around remember well the Big E, even if they don’t remember Erie County Savings Bank. Just like Buffalo Savings Bank, which became Goldome in the ’80s, the Big E started buying up other banks around the country and changed its name to Empire of America.

Also like Buffalo Savings Bank, Empire was bought out and out of business by 1990 as savings and loan institutions around the country faltered. 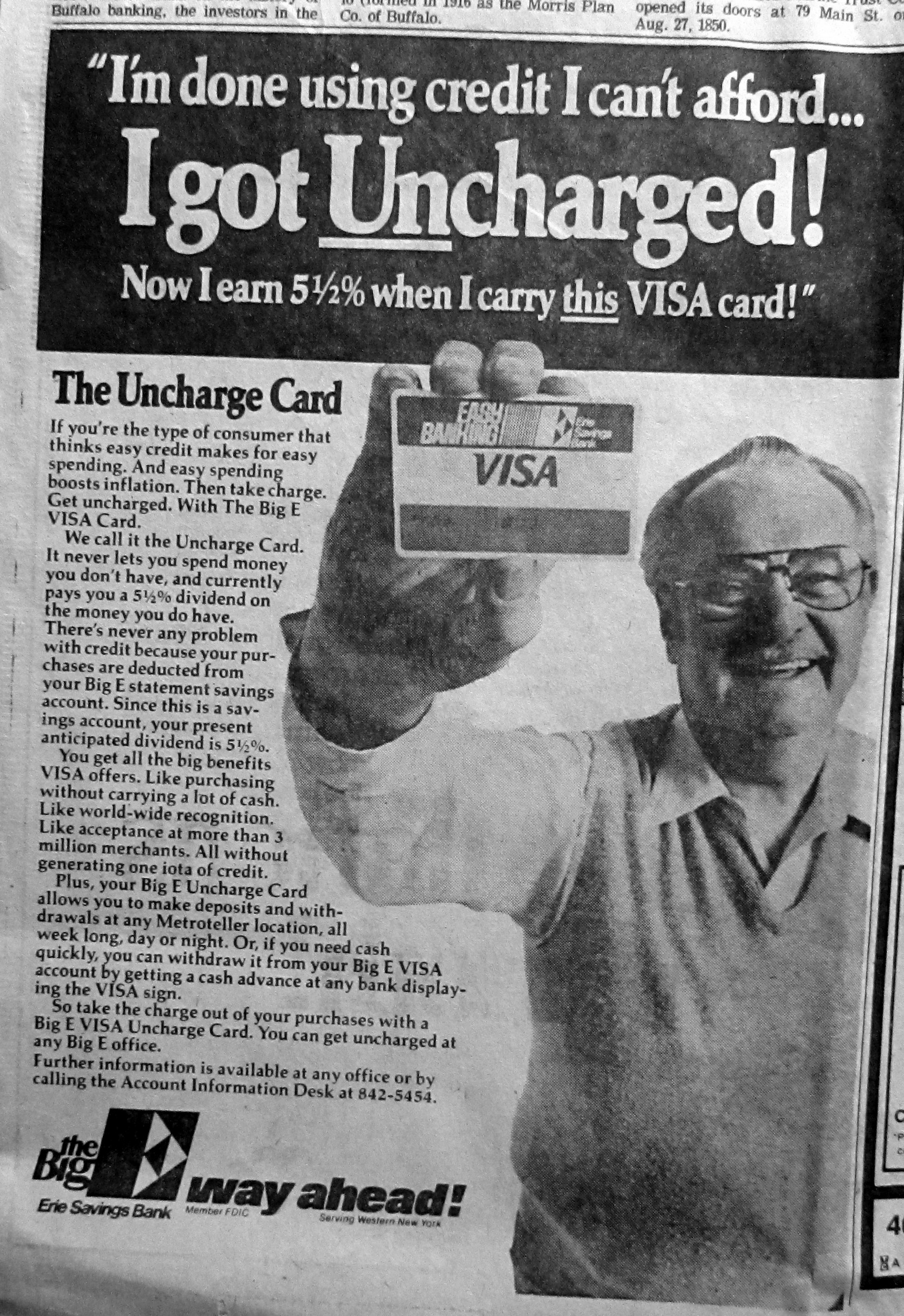