Gene Kelly and Bernie Sandler in the new studios of WBEN-FM in 1960. WBEN-FM was Buffalo’s first FM station starting in 1946. First broadcasting at 106.5FM, the station moved frequencies to 102.5FM in 1959.  The following year, WBEN-FM moved into expansive new studios at 2077 Elmwood Avenue, where the station would remain until 2000, through call letter changes to WMJQ-FM and then WTSS-FM.

And by the mid-1960s, those stations on the FM dial had begun the transformation that would make Frequency Modulation radio’s future and driving force.

The decade started with an appreciation of the calm of the FM dial.

One letter to the editor read, “Buy an F. M. (frequency modulation) radio. They don’t cost much more than an ordinary A.M. set. But music comes out of an F. M. radio—not that jabberwocky they call music on A.M. stations. Station WBNY-FM Buffalo, and WHLD-FM Niagara Falls, have good music all day long and some of the evening WBEN-FM has supper concerts. All these stations have music for the human race. No one will need a psychiatrist even after hours of listening to them.”

Another Courier-Express reader wrote that he “certainly would hate to see the FM band cluttered with rock ‘n’ roll.”

By the end of the decade, both would be terribly disheartened.

106.5FM was the longtime home of middle-of-the-road, easy listening music for two decades. WADV-FM signed on in 1962, and became the first Buffalo station to broadcast in stereo.  Dan Lesniak was a WKBW Salesman when he and his wife Nancy founded the station, which they owned until 1981, when it became WYRK-FM.  WADV-FM morning man Lou German.

George “The Hound” Lorenz grew tired of working for other people, and founded WBLK-FM. The legendary Buffalo disc-jockey threw the switch to put his station on the air on Dec. 11, 1964.

After years as chief announcer and then station manager at the old WBNY-AM, Carl Spavento was an FM pioneer. He spent nearly a decade expanding the offerings of WBUF-FM, which began broadcasting in 1947. Among his innovations: music and grocery descriptions broadcast for playback over the public address speakers at Tops Friendly Markets when the chain opened in 1962.

Along with other longtime radio veterans Ed Little and Danny McBride, Spavento was part of the team who put WBNY-FM 96.1 on the air in 1966. Operations manager Ed Little said the music fare will be “stimulating, with good taste and excitement, and the lively sounds will be transmitted with enough power to reach the entire Niagara megalopolis and nearby Canada.”

Spavento later moved to WYSL as news director, before joining re-joining WBUF-FM in 1981, where he was heard reading the news on the Stan Roberts Show, among other duties over a Buffalo radio career that spanned 50 years.

WHLD-FM in Niagara Falls would eventually become WZIR and WXRT, before changing call signs to WKSE-FM, broadcasting as Kiss 98.5 since 1985. 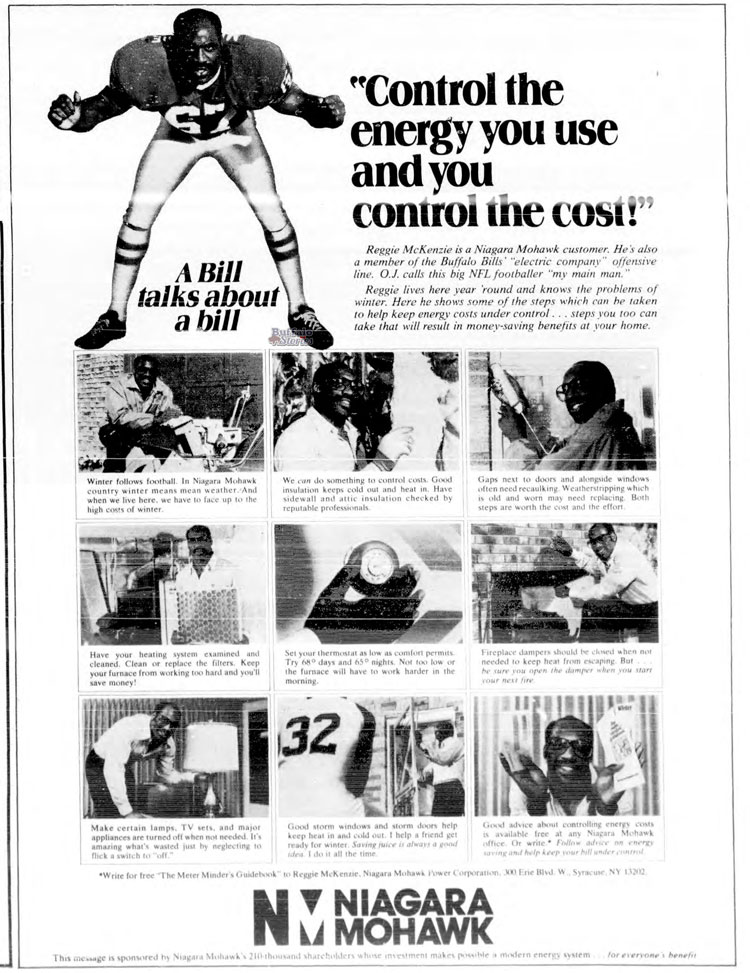 As the 1950s wore on, Stan “Stas” Jasinski would become known as Buffalo’s Polka King with his daily programs first heard on WWOL and WXRA, and then on powerful WKBW. The platform made him known to the community at large, not just the Polish-American community.

His mix of Polish and English songs and commercials made his shows appealing to the Polish community and the community in general.  Jasinski went on to own WMMJ Radio, before founding Channel 29.

Also mentioned as part of Jasinski’s team was Dan Leslie, whose real name was Dan Lesniak. As the owner of WADV-FM in the 1960s and 1970s, Lesniak provided a home for polka music on Buffalo’s FM dial. 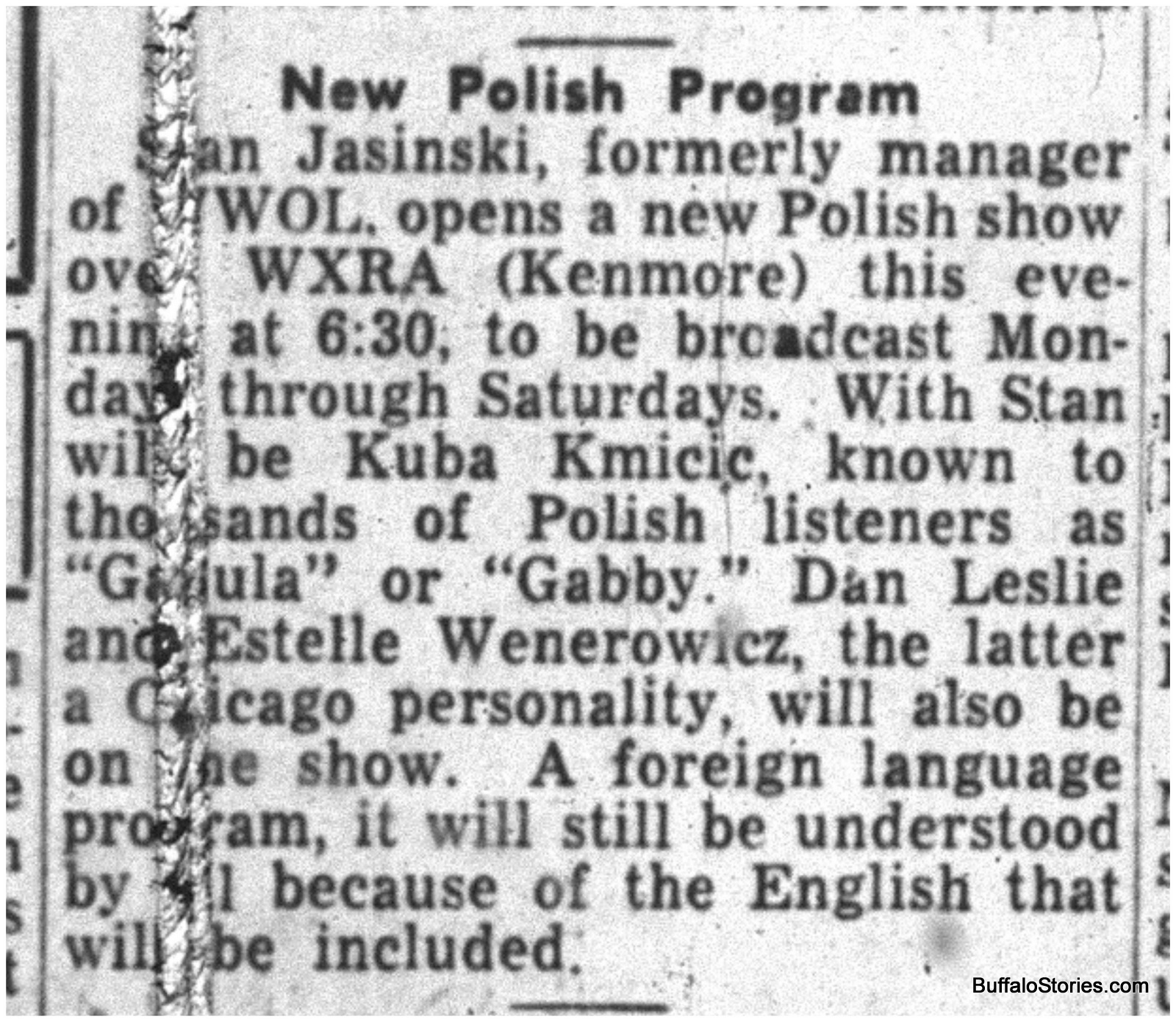