Long before the Buffalo Sabres were known for not making the playoffs, the club was known for first round exits. During the 1991-92 season, Head Coach Rick Dudley was fired and John Muckler was brought in. Despite a losing record, he led the Sabres to a first round playoff series against the Boston Bruins.

After his team lost Game 7 of the opening round of the Adams Division playoffs, Sabres Head Coach John Muckler leaves the United Terminal of the Buffalo International Airport. (Buffalo News archives)

The team showed grit in making the playoffs, and again in that series with the Bruins. Down 3-1, the Sabres fought back to even the series at three before losing Game 7 at Boston Garden. 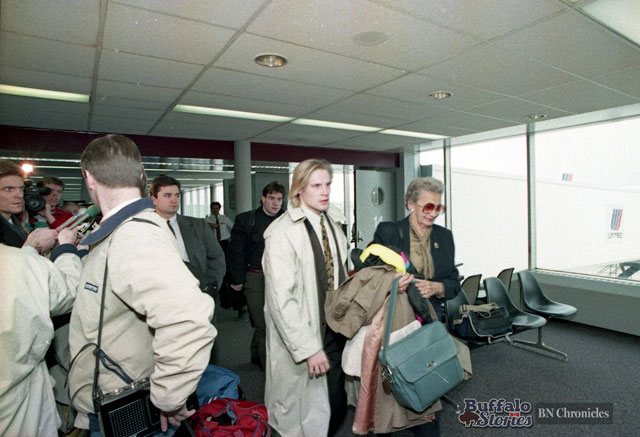 When the team returned home the next day, players and coaches were met by the media right inside the terminal of the old Buffalo Airport, before the days of heightened airport security and the wide open spaces that make up the current terminal, opened in 1997. 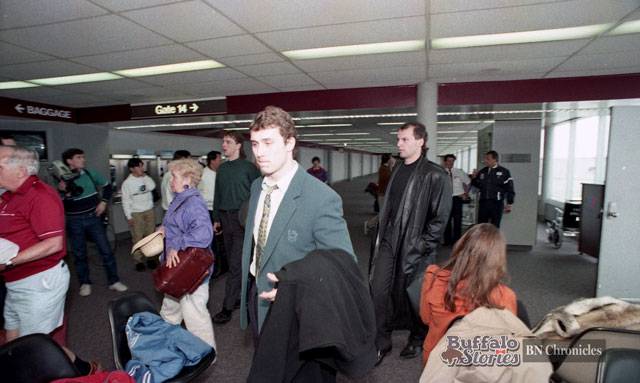 Alexander Mogilny had no goals in two games against the Bruins. He flew home with the team despite his long publicized fear of flying. The following season, Mogilny scored 76 goals, tying Teemu Selanne for the league lead.