Grandpa Coyle was born 90 years ago today. This is him on the diving board on his 57th or so birthday.

He was born on the 4th of July and created for himself the American dream: He was raised in utter poverty in a broken alcoholic home, but persevered to learn a trade, become a professional, and along with my grandmother, create a beautiful family that honors his story by our very existence.

Of course, if he was here with us, I’d have to sum that all up with, “Happy Birthday, Gramps… can I get you a beer?” 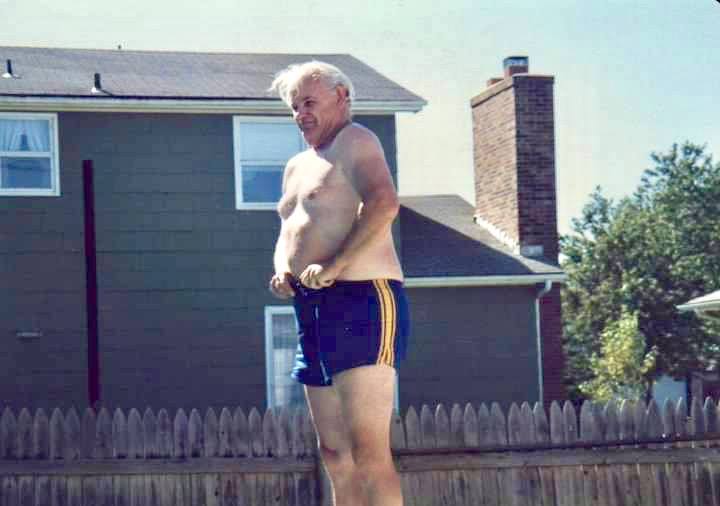 Can’t say for sure this is her birthday, but we spent quite a few of Grandma Cichon’s birthdays at the cottage she’d rent every year at Sunset Bay.

She was only 16 when my uncle Mike was born, and apparently what you did then was make yourself older to make it less scandalous (or to get a better job to help feed your kids).

I think a lot about what had to have been a beaten up heart behind a tough as nails exterior. I think about the personal sacrifices she swallowed for her 11 children, including putting the second of those kids up for adoption and keeping that pain and sacrifice alone inside her heart.

I used to think it was funny or weird that she would refuse to say goodbye– it was always happy, and it was always , “Toodleoo!” and, of course, she was right. She knew the people you loved never leave you, so there’s no reason to ever say goodbye.