It’s one of Western New York’s most favorite-to-remember landmarks — the big blue whale car wash on Young Street in the City of Tonawanda near Fun-N-Games Amusement Park and Twin Fair. 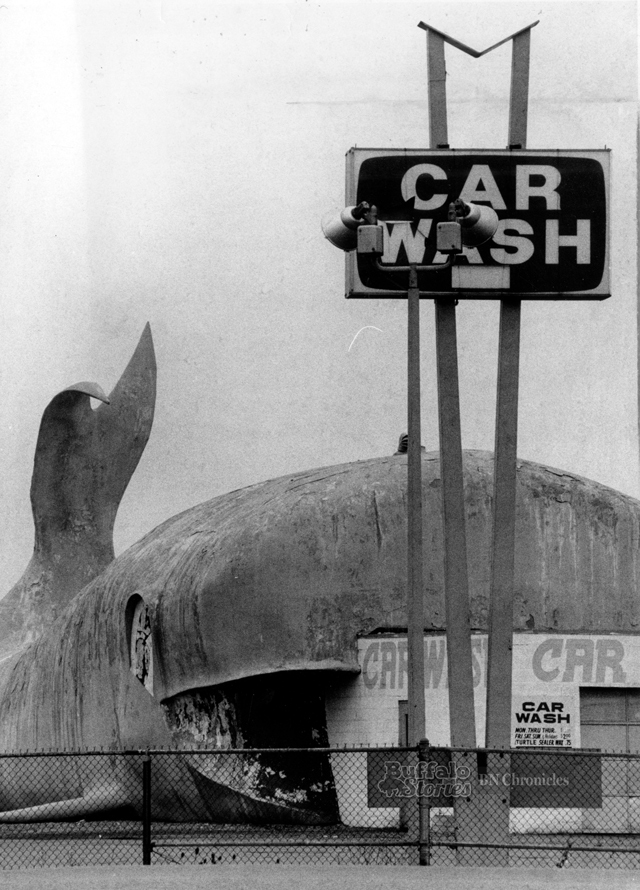 Built in 1973 by Buffalo’s Milton Car Wash Equipment Co. as a prototype for what it had hoped would become a string of “Whale of a Car Wash” franchises, the whale — fiberglass on a steel frame — was 83 feet long, 22 feet high and about 30 feet wide.

A rendering of the whale car wash used to market to potential franchisees around the country. (Buffalo Stories archives)

The fiberglass whale was molded over several months in the building that was previously home to the Continental Can Co. on Clay Street in Tonawanda.

The City of Tonawanda at first embraced the kitschy roadside attraction. Building inspector Russell LaFleur said “the facility would be an asset to the community.”  Alderman Thomas Mullaney said he believed the car wash facility would be a “welcome addition” to the city. Mayor Sheridan J. Creekmore was the ceremonial first customer when the car wash opened in December 1973. 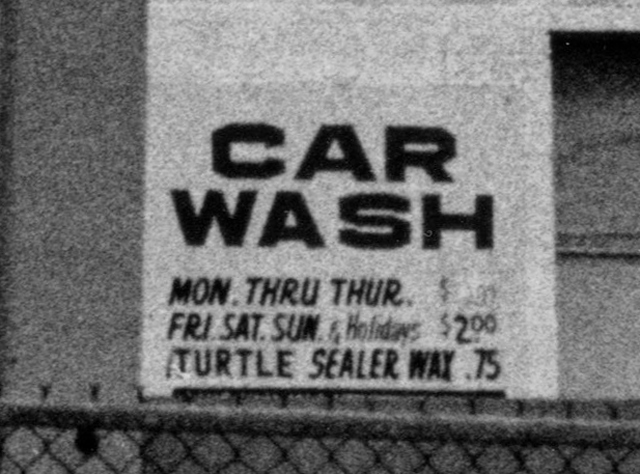 The cost of a wash was more on weekends and holidays — presumably any time when kids might be begging their parents for a ride through the whale.

His Honor the Mayor may have been the last customer of the car wash who went through the whale without having been begged by a young child to do so. Little ones loved the whale, but residents, not as much, calling the building “garish,” “monstrous, ugly and completely distasteful.” The “Whale of a Car Wash” changed hands in 1974, and soon became the “Willy the Whale” car wash.

By 1983, the whale by whatever name was closed, and the rotting fiberglass sea mammal played a role in that year’s City of Tonawanda alderman’s race. Challenger Joy Papai said she’d received numerous complaints about the Blue Whale and the former Twin Fair property behind it — which was in rubble after a fire at the department store. She promised that she “would work for the development and beautification of this area.”