This election cycle has changed our nation forever– for the worse. 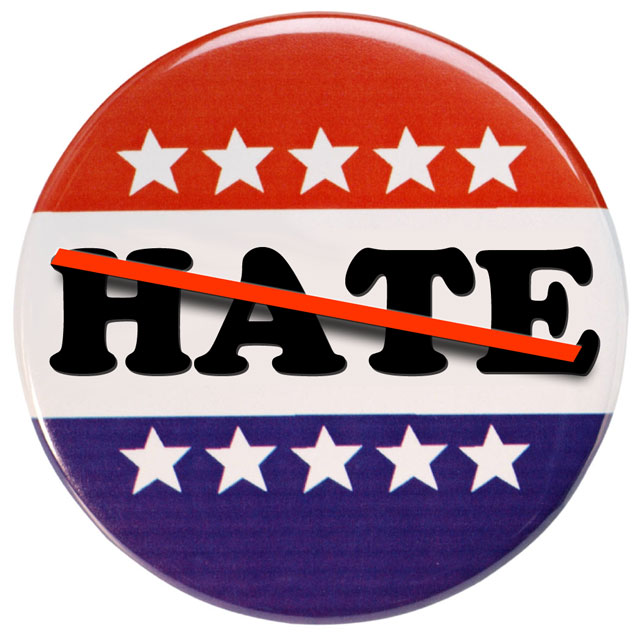 Our public discourse has gone into the gutter. Common decency and respect for people with different opinions or ideas has been rejected at the very highest levels of American political leadership.

For too many of us on both sides, our idea of debating the issues has turned into juvenile personal attacks and regurgitating half-true or completely made up nonsense from extremist websites. For the rest of us, who still hold onto the desire to grow as individuals and as a society through debate and the exchange ideas, we’re left doing so quietly in the shadows for fear of some single-minded, hate-filled partisan crashing a free-flow of a thoughtful exchange with boorishness and hate.

The blow torch of burning hate flaming out of both sides has left most Americans huddled in the middle. Too many are watching their ways of life melted and singed by the conflagration of loathing growing in from each side, afraid to talk about the foolishness that is encroaching around them because acknowledging what is happening and trying to talk it through, is like dousing yourself with gasoline amidst the inferno.

Both candidates are tremendously flawed, even if his or her only flaw might be that at least 40% of the people in the country doesn’t trust, doesn’t like, can’t stand or maybe even hates one or the other.

Hate is never the answer. Stop the personal attacks. Just. Effing. Stop. It’s hate that is putting America on a ruinous course, not any one person or idea. We as individuals have to stop fueling this hate. We have to do it alone, each one of us, and hope that others will follow.

Christ never addressed the 2016 Presidential election, but he told his followers that the two most important things that people can do is love. And love is the opposite of hate.

“Teacher, which commandment in the law is the greatest?”

Hate ain’t cool. I’ll be voting accordingly, and I hope you do, too.