If you knew Larry at all, then just like me, this is probably how you knew him– the guy with the long dreadlocks sitting just inside the door at the Tim Horton’s on Main Street in Williamsville. 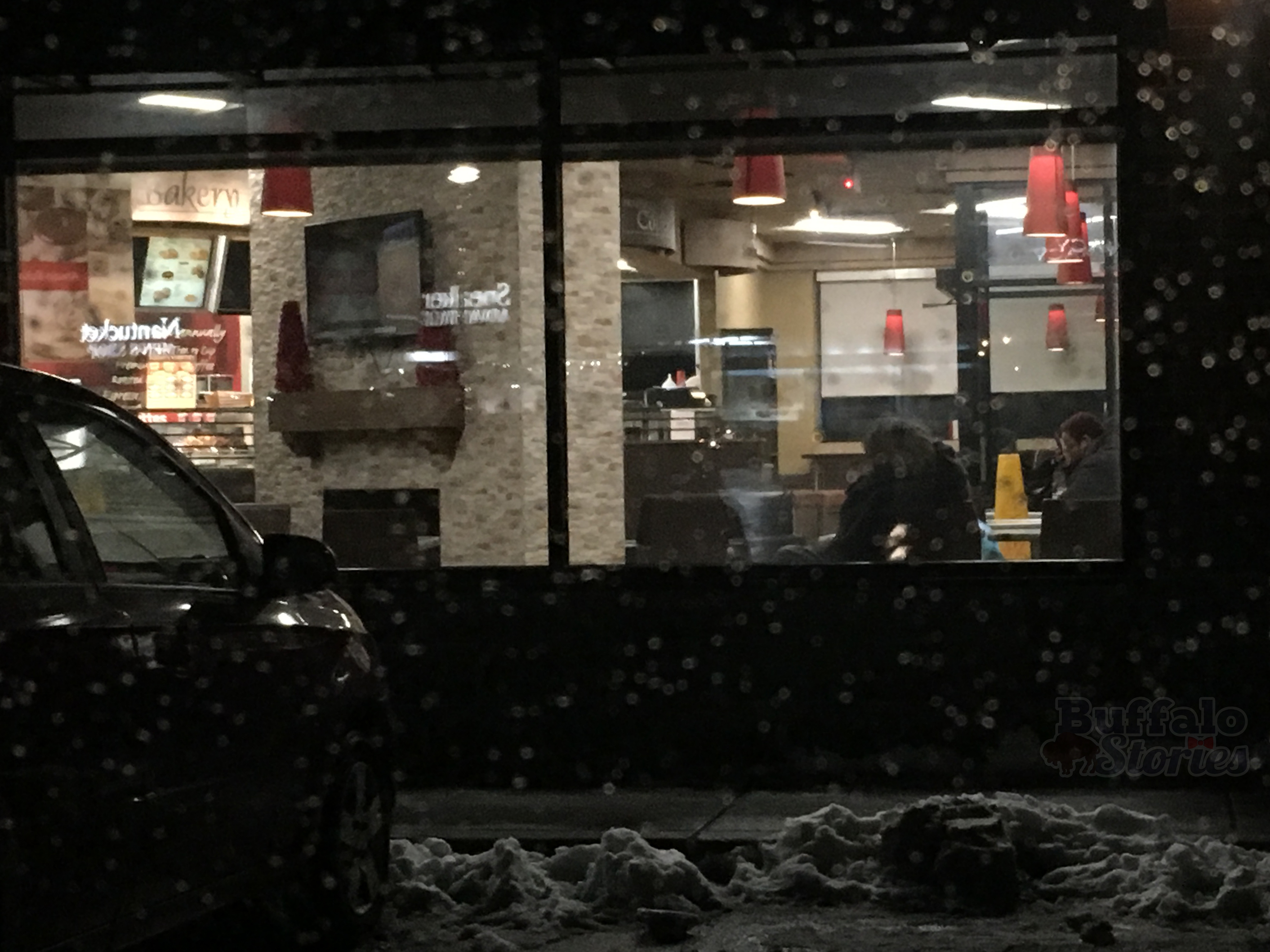 I took this photo last January, after asking him if he needed anything on a cold night. In his quiet and gentle way, he politely declined. His face told parts of the story that he wouldn’t say with his voice.

Poor Larry died overnight in the bus shelter at Main & Union, and my heart breaks.

I don’t know why he chose to live on the streets, but I know we have to do better helping people like him— people like me.

Mental illness is terrifying and taboo, for both people who suffer and people who can’t understand the suffering. I don’t know what the answers are, but I know he died in large part because his brain was sick, and we have no good way to help.

We can’t write off his death as “the life he chose for himself” any more than we can write off the death of someone who dies when a sick heart gives them a heart attack or when sick cells mutate and cause cancer.

I tried to buy Larry a cup of coffee a few times over the years. That’s not even close to enough. Others have done a lot more for Larry and others like him, but how the hell can we sleep at night having people freezing to death in one of the wealthiest goddamn zip codes in the country?

A warm bed would have treated a symptom, but still, the sickness would remain. Larry’s sickness took him to a bus shelter to die in a blizzard. That’s the extreme version. There are less dramatic (but just as real) versions of the same story playing out all around all of us everyday. It’s needless suffering that we as a society have to decide all together must end.

Rest in peace, Larry. On behalf of humanity, I’m sorry we failed you.